The Snow Centre just outside London and the Snowdome at Tamworth were to open their doors for the first time since March this Saturday, 1st August. Government restrictions have put things on ice. UPDATED

The Snow Centre in Hemel Hempstead and the Tamworth Snow Dome have had to postpone their scehduled openings.

“Further to the governments announcement at lunchtime today, unfortunately, we will not be opening on Saturday 1st August as planned,” said a statement from the Snow Centre on Friday.

At lunchtime the government some measures could not be eased as covid-19 cases continue to rise in parts of England.

Indoor venues such as casinos, ice skating rinks and bowling alleys, which were due to reopen, were told to remain closed.

The snow centres placed themselves in same category.

“There will be another review on 15th August, and we hope we may be able to open then,” continued a statement from the Snow Centre in Hemel Hempstead.

“As this is not certain, we have suspended our booking system for now.

“We will contact all guests who were due to visit us in the next 2 weeks, and when we are able to announce our re-opening date, we will give you priority booking.

“Please bear with us, as we are now receiving a high level of enquiries, we will be in touch.

“When the guidelines become clearer, we will update on our opening.

“Thank you for all your support in the last few weeks, and we were really looking forward to welcoming our guests back tomorrow.

See you all soon!” The Snow Centre in Hemel Hempstead had originally planned to open on Thursday 30th July.

Bookings were taken but, for undisclosed reasons, the re-opening was delayed by two days until this Saturday, 1st August.

Now it has been called off.

The Snowdome in Tamworth had originally announced it would open on 31st July, but will also remain closed. Snozone, which has indoor snow centres at Milton Keynes in Buckinghamshire and Castleford in Yorkshire, were planning to open at 12pm on Monday 3rd August.

The openings have now been delayed.

“Due to the Government’s announcement this afternoon (31st July), we are extremely regretful to inform you that we will not now be permitted to open on Monday 3rd August as planned,” it said in a statement.

“We will update you as news unfolds, both on here and our website. Online bookings are also now suspended until we receive further guidance as to when we can reopen.

“We will contact everyone who has made a booking between 3rd-16th August to discuss options from Saturday morning and throughout next week.

“We’re desperately sorry that we will be further delayed in welcoming you back onto our slopes and we thank you for your support.

The Chill Factore in Manchester  was planning on 17th August so it may not be affected.

The team at the Hemel Snow Centre has been busy making a number of necessary changes to comply with government guidelines.

“We’ve been waiting for you!” The Snow Centre said on its Facebook page ahead of the latest cancellation.

“With new hygiene and social distancing measures, we’re looking forward to welcoming you back.

“We know your visit may be a little different to what you’re used to, but we’re here to help you every step of the way.”

When the centres re-open it will be an altogether different experience.

The changes at the Snow Centre include:

Lessons will be available and The Lodge will be open for food and drink.

A privileged few got to test out the new arrangements earlier this week.

GB Squad snowboarder, Jamie Nicholls, is a supporter and a regular at The Snow Centre.

He had been keeping busy with practice sessions in an improvised park set-up in his back garden, but is delighted to be back on snow.

YES!!!!! Today was so good! @thesnowcentre I have missed you! Was so nice to take some turns today. Thank you 🙏 can’t wait to get back more now and get ready for winter 👌 #snowboarding #snowboard #letsgo #thesnowcentre

The initial go-ahead for the re-opening of England’s indoor slopes came on 9th July when the government announced that indoor facilities such as gyms and leisure centres could begin operating again on 25th July.

They had been closed since the country went into full lockdown on 20th March. 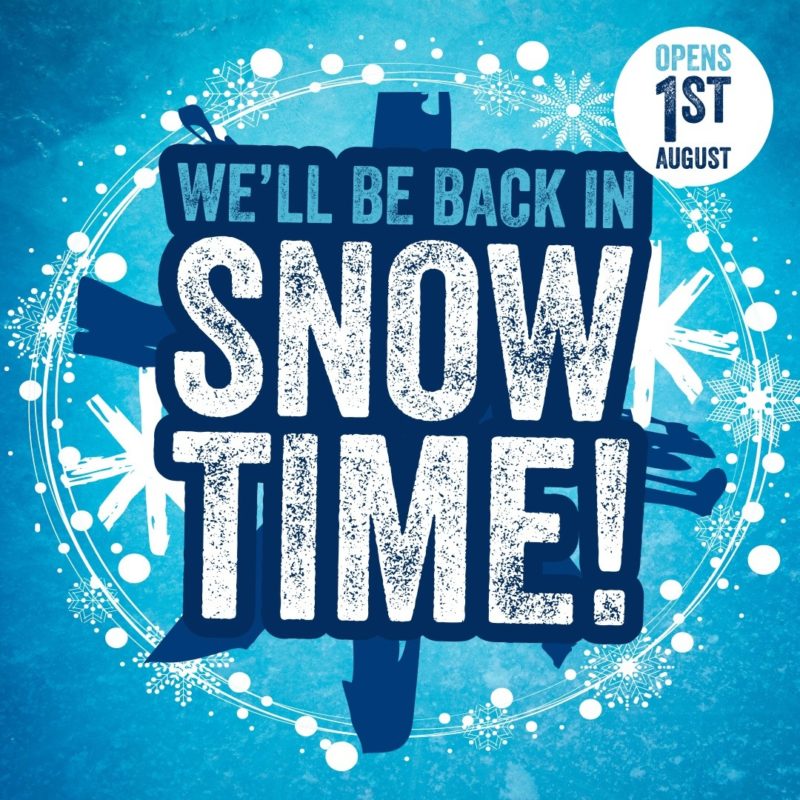 Scotland’s only indoor snow centre, Snow Factor in Glasgow is still shut since Scottish Government restrictions have not yet been lifted sufficiently to allow it to re-open.